The following information is taken verbatim from  www.islandhistory.org.uk 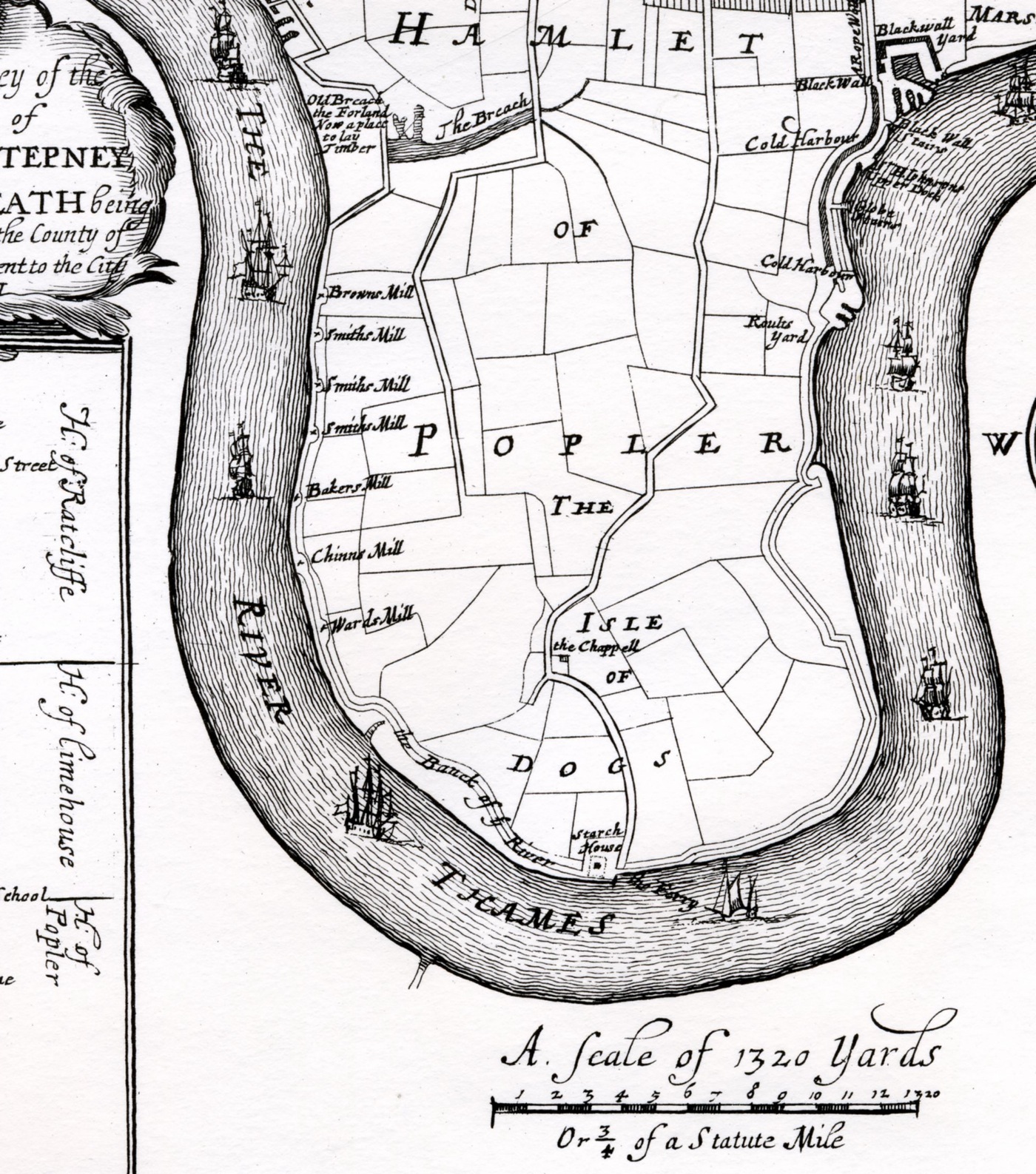 At the end of the 18th century, the pressure of shipping and cargoes in the old port of London was such that new port facilities had to be provided. By Act of Parliament, two enclosed wet docks were authorised, one near the Tower as St Katherine’s, the other across the northern end of the Isle of Dogs. These were the West India Docks, opened in 1802 to handle imports of rum and sugar. Soon afterwards the western foreshore of the Island was developed with shipyards, barge builders, mast makers and iron works.

The name Millwall became associated with the most advanced engineering of the day, leading to the construction of Brunel’s famous and ill-fated Great Eastern in the 1850s. On the eastern side William Cubitt, master builder and twice Lord Mayor of London, had developed Cubitt Town. By the 1860s the population had risen from around 200 in 1800 to over 14,000. Shipbuilding declined, but engineering, chemical works and food processing flourished. The Millwall Docks were opened in the center of the Island in the 1860s to handle imports of grain and timber. By the end of the 19th century the population had risen to 21,000 and the entire foreshore was ringed with factories and workshops.

In the mid 1980’s the London Docklands Development Corporation was created with a brief to attract investment capital into the area and the Isle of Dogs became an enterprise zone. Millions of square feet of new offices were built. The landscape was transformed as shining towers of glass and steel rose from the mud. The Docklands Light Railway opened in 1987, giving Islanders rapid transport into the City for the first time.