Plymouth Wharf was an amalgamation of three riverside plots taken between 1849 and 1858 by Michael Pass & Company, manufacturers of ‘marble Temper, Greystone and Chalk-lime, Bricks, Tiles, Fire goods, River sand, Ballast, &c’. By 1858 an engine room, boiler shed, grinding shop, stores and other buildings had been erected on the site. The cement- and lime-making process was unpleasant, and Pass had to modify his methods following complaints of offensive smells and an investigation by the officers of the District Board of Works. 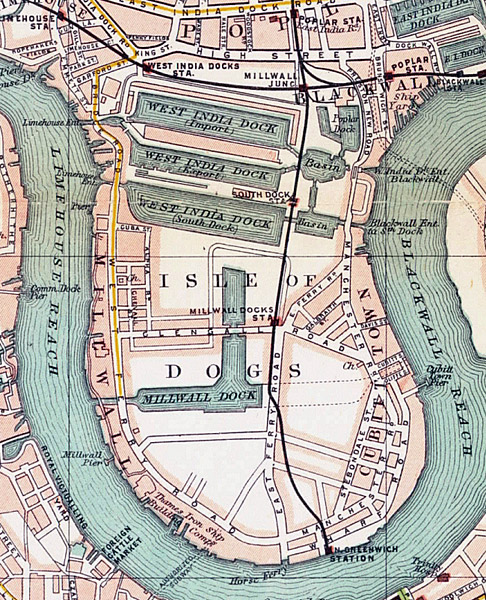 By 1897 Pass had been replaced by the firm of Deane, Ransome & Company, constructional engineers. It redeveloped the site, transforming Plymouth Wharf into a steel works (known as Cubitt Town Steel Works), specializing in the construction of girders and roof stanchions. The lease later passed to F.J. Power, a merchant of Marsh Lane, Greenwich, and the firm continued in business as Power’s & Deane, Ransome’s Ltd. Power, who had also taken possession of Pyrimont Wharf to the north (see below), acquired the freehold of Plymouth Wharf in 1920. His premises at Plymouth Wharf in the 1920s and 1930s were poorly developed, even by the standards of Cubitt Town. There was a two-storey brick office adjoining Pyrimont Wharf, but the majority of the structures were wooden and iron sheds and lean-tos. Although a new range of buildings was erected in 1936, the wharf was cleared and combined with Pyrimont Wharf between 1936 and 1945.

After the Second World War the open site was occupied by various companies for storage. In 1961 the National Dock Labour Board established a Training Centre at Plymouth Wharf for training new entrants to the dockworkers’ register. A large E-shaped school building was erected facing the river, containing lecture rooms, staff accommodation, offices, lavatories and cloakrooms. In addition, a covered shed and large open quayside area provided training space.

This wharf was developed in 1861 by the Asphalte de Seyssel Company of Thames Embankment (later known as the Seyssel Asphalte Company or Seyssel Pyrimont Asphalte Company). Early factory buildings included a cauldron shed, chimney shaft, engine house, boiler house, workshop, stores, lavatories, and a two-storey dwelling house designed by Tillot & Chamberlain of Gresham Street. In the 1870s the asphalt-production business on this site was taken over by Claridge’s Patent Asphalte Company, which had been producing asphalt preparations for the building trade since the 1840s.

The manufacturing process employed at Cubitt Town involved the heating of bituminous limestone in six large uncovered cauldrons, producing vapours considered offensive by many local residents. The material was used predominantly for covering and protecting the foundations of buildings. It was employed, for example, at the Tobacco Stores at the Victoria Docks.

Claridge’s was wound up in 1917, and in the following year the Cubitt Town Estate Company sold its interest in Pyrimont Wharf to F. J. Power, the occupier of the steel works which adjoined to the south (see Plymouth Wharf, above). After a brief occupation in the 1920s by the Cargo Fleet Iron Company, Pyrimont Wharf became part of Plymouth Wharf.

The below piece was taken from The Island History Trust website: www.islandhistory.org.uk

At the end of the 18th century, the pressure of shipping and cargoes in the old port of London was such that new port facilities had to be provided. By Act of Parliament, two enclosed wet docks were authorised, one near the Tower as St Katherines’s, the other across the northern end of the Isle of Dogs. These were the West India Docks, opened in 1802 to handle imports of rum and sugar. Soon afterwards the western foreshore of the Island was developed with shipyards, barge builders, mast makers and iron works.

The name Millwall became associated with the most advanced engineering of the day, leading to the construction of Brunel’s famous and ill-fated Great Eastern in the 1850s. On the eastern side William Cubitt, master builder and twice Lord Mayor of London, had developed Cubitt Town. By the 1860s the population had risen from around 200 in 1800 to over 14,000. Shipbuilding declined, but engineering, chemical works and food processing flourished. The Millwall Docks were opened in the centre of the Island in the 1860s to handle imports of grain and timber. By the end of the 19th century the population had risen to 21,000 and the entire foreshore was ringed with factories and workshops.

Then the London Docklands Development Corporation was created, with a brief to attract investment capital into the area. The Isle of Dogs became an enterprise zone. Millions of square feet of new offices were built. The landscape was transformed as shining towers of glass and steel rose from the mud, casting long shadows over nearby council estates. The Docklands Light Railway opened in 1987, giving Islanders rapid transport into the City for the first time. 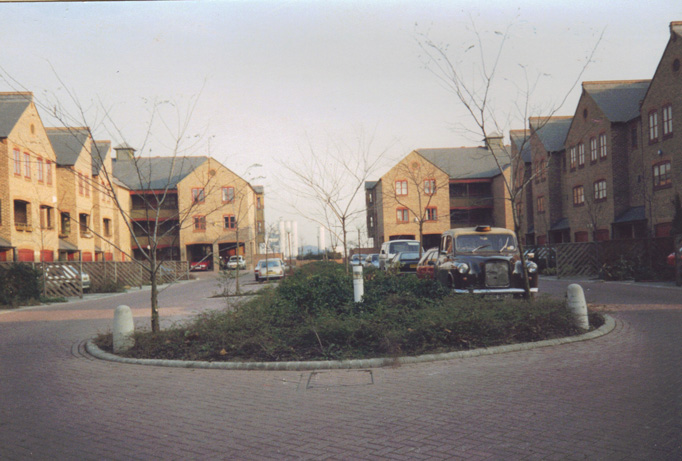 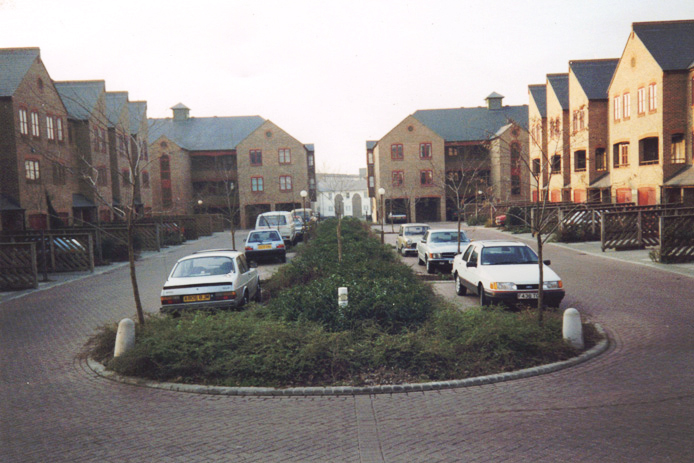